LITTLE ROCK — Jackson County Justice of the Peace Tommy Young has been elected by a body of his peers to serve on the Association of Arkansas Counties’ (AAC) Board of Directors.
Young is a six-year member of the Arkansas Association of Quorum Courts’ (AAQC) 75-member governing body. During the AAQC’s semi-annual meeting on April 13, 2019, 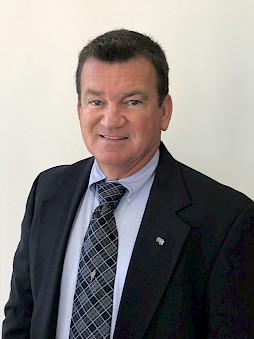 Young was elected to serve on the AAQC’s 12-member executive board. That body then elected Young to represent them on the AAC Board of Directors.
“To have been elected by my local Quorum Court justices to represent Jackson County on the Arkansas Association of Quorum Courts’ 75-member board was, to me, a tremendous honor. To also be elected to serve on the 12-member executive board, and then selected to serve on the Association of Arkansas Counties Board of Directors is extremely humbling,” Young said. “I am honored to have been afforded these positions. I believe the AAC drives state government from the grassroots. I hope I can fill the many shoes that have walked before me and that have kept a watchful eye for the good of county and state government — and the long-term viability of the AAC.”
Young began his sixth term as justice of the peace, serving Jackson County’s second district, in Jan. 2019. He serves as chairman of the budget committee and vice-chairman of the jail committee.
Young is a 55-year resident of Tuckerman, Arkansas. He is the third son of Norman and Eva Young. He has been part of the Young’s family farming operation since he was in the fourth grade. He has farmed with his late father and his brothers, James and Ronald Young. He now is a farming partner and irrigation dealer with his two nephews, Blake and Jim Young III. They produce more than 1,400 acres of rice, 2,200 acres of corn that is sold to the poultry industry, 2,500 acres of seed wheat, and 3,800 acres of seed soybeans.
Young attended Arkansas State University in Jonesboro, where he received a bachelor’s degree in management. He has been married to Amy Shoffner Young for more than 32 years. They are the proud uncle and aunt to Haley, Cody and Andrew Shoffner, who reside at their home
Young serves on many boards, councils and committees. He has served on the Arkansas Corn and Grain Sorghum Board for 12 years, having been appointed by former Gov. Mike Huckabee, former Gov. Mike Beebe, and current Gov. Asa Hutchinson. He has served as chairman of that board for two terms. His fellow board members appointed Young to represent them on the U.S. Grains Council 10 years ago. He serves as chairman of the council’s advisory board.
Young also serves as vice-president of the Farmers Supply Association Board, based in Harrisburg, Arkansas. In addition, he serves on the Jackson County Extension Council, and recently was president of the Jackson County Farm Bureau Board. He serves on the nominating committee of AgHeritage Farm Credit Services, and is the founding chairman of the Trails to Tuckerman Historical Social. Young is a member of Northside Church of Christ.

About the Association of Arkansas Counties
The AAC supports and promotes the idea that all elected officials must have the opportunity to act together in order to solve mutual problems as a unified group. To further this goal, the AAC is committed to providing a single source of cooperative support and information for all counties and county and district officials.
The overall purpose of the association is to work for the improvement of county government in the state of Arkansas. The association accomplishes this purpose by providing legislative representation, on-site assistance, general research, training, various publications and conferences to assist county officials in carrying out the duties and responsibilities of their office.
The AAC board is comprised of 18 members representing all nine areas of county and district government: county judges, sheriffs, collectors, assessors, treasurers, county and circuit clerks, coroners, and quorum court justices of the peace. Members of Arkansas’s quorum courts are classified as district, rather than county, officials.