Why was anyone surprised by our current rate of inflation? 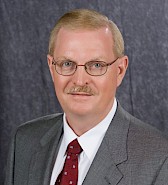 I was told that due to inflation the value of my opinion has dropped from 2 cents down to absolutely nothing. But that’s not stopping me. I’m going to share my opinion on our current high inflation rate in the United States. It has been compared to the inflation of the late 1970s and early 1980s — but it’s nothing like the inflation of that era. I lived through that time, too. In fact I was elected to county office in 1980, so I remember those times well.

In 2020 the United States was hit hard by the CoVid-19 pandemic. The United States government has pumped trillions of dollars into the economy to help mitigate the effects of many businesses shutting down and others slowing down. The two largest federal appropriations were the Coronavirus Aid, Relief and Economic Security Act (CARES Act) in early 2020 during the Republican Trump Administration; then the American Rescue Plan Act (ARPA) in March 2021 during the Democratic Biden Administration. In all there were four CoVid-19 supplemental appropriations made by Congress for a total of $4.5 trillion.

As is the norm for Congress, they either don’t do it or they overdo it. There is no happy medium. In this case they overdid it. They created a money glut and it has helped push up prices. Milton Friedman, the Nobel Prize winning economist, said “Create too much money and you get inflation.” We are witnessing the proof of that now.

And it’s not over either. Many local and state governments still have large amounts of this funding in their coffers that they will use over the next couple of years. This usage will be a more gradual usage than the amounts that were awarded to individuals and to businesses for payroll. So, the inflationary pressure will not be as great, but it will still exist to a lesser degree.

Inflation has been around as long as money itself. Here are just a few examples:

Inflation decimated the Roman Empire in the third century as the government leaders, unable to pay the bills, increasingly devalued the money system. The once valued silver denarius became a copper coin only thinly plated in silver. Roman merchants started demanding more and more denarii in exchange for goods as the coin’s inherent value declined.

In the 16th century, as the gold and silver pouring into Spain from the New World caused a rapid rise in the European money supply compared to the production of goods and services, prices rose almost 400 percent.

There was no inflation in the American colonies at that time for the simple reason that there was no organized money supply or money policy — just a hodgepodge of foreign coins; tobacco certificates; beaver and deer skins; and some paper money printed by the colonial governments. They even used wampum — small cylindrical beads traditionally made by Indians from shells, strung together, and used as money. Most trade was conducted on a barter basis.

That all changed when the American Revolution began because the government had to find ways to finance the war. Having limited ability to borrow and levy taxes, they began printing money — “fiat money,” which is money only because the government says it is money. This paper money depreciated rapidly in value. Prices doubled in 1776 and doubled again in both 1777 and 1778 — and kept going up.

The need to deal with the massive debts incurred in the Revolution was one of the principle focuses of the Continental Convention in Philadelphia in the summer of 1787. The new Constitution and the monetary and tax systems put in place by Alexander Hamilton, the first Secretary of the Treasury, would keep inflation at bay until the crisis of the Civil War some 75 years later.

The North had issues but not nearly as severe as the South. The North, of course, had the backing of the federal government. As a result the North, as the U.S. government, was able to throw much of the cost of the war onto the future with the sale of bonds.

The South had to meet a majority percent of its revenue needs by printing money. State and local governments also printed money. And because the South lacked good paper mills and state-of-the-art printing facilities, counterfeiting flourished. The South printed about $1.5 billion in fiat money, three times as much as the North, despite having only 12 percent of the circulating currency before the war and only 21 percent of banking assets. The result was catastrophic inflation. Prices rose 700 percent in the South in just the first two years of the war.

Since the days of the Civil War we have seen monetary policy in the United States change several times. We have experienced years of low inflation; years of high inflation; and even years of deflation.

The beginning of the Great Depression in 1929 brought not inflation but deflation, which is an even bigger problem. When inflation is high, people tend to spend money as soon as they get it to avoid higher prices in the future. But in a deflationary environment, people postpone purchases in order to take advantage of lower prices in the future. That practice further depresses the economy. Yes, we have high inflation today, but at least we are not experiencing deflation.

What I don’t get is why people are talking about our current inflation rate as if it’s the 1970s. I’ve looked around for the wide neckties or the pastel-colored leisure suits. I haven’t seen them, and I’m counting my blessings.

Yes, inflation is higher than it has been in many years as prices for gasoline, diesel, used cars, groceries and other items have risen at their fastest rate in many years. But the causes of higher inflation today are different than they were 50 years ago, and we risk choking off a healthy economy by using the 1970s as a guide to economic policy.

Inflation in the 1970s was higher than today, accelerated over the decade and had a traumatic effect on economic policy. Starting from about 2 percent in the late 1960s, inflation rose to 12 percent in 1974, and 14.8 percent in 1980.

Reflect on those years. In retrospect I believe you will remember the underlying causes of those years of high inflation. First, we were hit with two oil shocks. The price per barrel of oil quadrupled during the 1973 oil embargo and then doubled again in 1979 as a result of the Iranian Revolution. I remember well those years and the long lines at gas stations when the gas stations would finally get a shipment of fuel. They would limit each customer to 5 or 10 gallons depending on how much they were able to get.

Second, the Federal Reserve did not have a mandate to raise interest rates and slow down the economy to stop inflation from rising until President Jimmy Carter appointed cigar chomping Paul Volcker as Federal Reserve chair in 1979. Volcker was reappointed for a second term by President Reagan in 1983.

We had a very different economy then. The monetary policies of the Federal Reserve board, led by Volcker, were widely credited with curbing the rate of inflation. U.S. inflation, which peaked at 14.8 percent in March 1980, fell below 3 percent by 1983. The Federal Reserve Board raised the federal funds rate, which had averaged 11.2 percent in 1979, to a peak of 20 percent in June 1981. The prime rate rose to 21.5 percent in 1981 as well, which helped lead to the 1980-1982 recession and unemployment over 10 percent. This was a case of the medicine making you feel worse before getting better. U.S. monetary policy eased in 1982, helping lead to a resumption of economic growth. Sometimes the medicine is tough to take but necessary.

Today’s economy is not the economy of the 1970s, in which you could earn up to 15 percent on a certificate of deposit at your local bank. But you also paid through the nose for a loan — if you could even get a loan. We have experienced years of unprecedented low interest rates — nearly nothing on the earning side and very low on the borrowing side. But with the current high inflation rate the Federal Reserve board under the direction of Chairman Jerome Powell is methodically increasing the federal funds rate to curb inflation — a proven method.

A better historical analogy than the 1970s for today’s inflation problem is the reconversion of the U.S. economy from wartime to peacetime production after World War II. As an example, civilian automobile production ended in early 1942 and didn’t resume until late 1945. It took time to reconvert factories from making aircraft engines to automobile engines.

Very similar, the pandemic caused entire sectors of the U.S. economy to shut down for weeks or months, and then

restart under pandemic conditions of social distancing, remote work, and other changes in production practices. All this change takes time, and it will show up in competitive markets as higher prices. Parts and labor shortages cause prices and wages to rise, and that’s exactly how markets are supposed to work. Prices will settle down as each market is able to resume its regular patterns.

Today’s inflation is nothing like the inflation of the 1970s and early 1980s. Today’s inflation was caused primarily by the two things I’ve talked about: (1) the disruption caused by a pandemic; and (2) those trillions of “free dollars” or “fiat dollars” as they are called by economists that were artificially pumped into our economy. Of course, there is no such thing as free money. We are paying for that money through high inflation and will continue to pay for it as we pay down the national debt. Economist Milton Friedman said, “Inflation is taxation without legislation.”

There is strong temptation to demand that someone do something to stop this rise in inflation. In this instance, I believe that’s the wrong way to think about our situation. Instead, we need to let markets work out the bugs of supply-chain issues, higher-than-usual fuel prices and other idiosyncrasies of today’s pandemic and post-pandemic economy. That, along with the methodical work of the Federal Reserve will move us in the right direction.

And have no fear, my mint green and baby blue leisure suits of the 1970s are long gone.