The state of state retirement 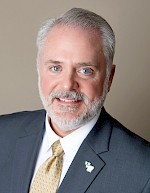 Employment in county government can be an incredibly rewarding career. Opportunities to help on a local level abound, and the satisfaction of being a public servant can be fulfilling. Jobs are usually stable, and the potential for many years of steady work (save being unelected) exist in a world that doesn’t change too much.

But county government is not usually financially rewarding. Fiscal rewards come to those in the civilian world more often than they do to those in government. Christmas bonuses are unheard of, and raises don’t move the salary needle very often.

This systemic shortfall was acknowledged years ago by our state. In order to somewhat equalize the playing field between public and private sector jobs, our state created the Arkansas Public Employee Retirement System (APERs). This defined benefit plan sought to reward long-standing career employees with a benefit at the end of their careers. It has helped to attract and retain employees since its inception.

APERs has been under incredible scrutiny over the last couple of years, and several bills filed in the 2019 session could have made significant changes in how APERs functions. Ideas such as raising the contribution rate, decreasing the multiplier used for the formulaic calculation, lowering the final average salary, and lowering the cost of living increase for retirees were all met with immediate opposition from state, county and city employees.

While changes may come in the future, I would like to thank state Sen. Bill Sample and state Rep. Les Warren for their leadership as co-chairs of the Legislative Joint Retirement Committee. They, along with many committee members, believed that a measured approach to change, along with APERs member input, was necessary before any major modifications were made. As a result, this committee met 12 times around the state over the last four months.

Much has been learned in this round-robin exercise. We’ve learned that APERs is around 79 percent funded. This means if the system (1) no longer gained new members; (2) hit its target investment rate; and (3) paid out all members already in the system who retire into the future, the amount of money would fall short of that amount needed to fulfill retirement obligations. While not funded in full at 100 percent, this 79 percent level still places APERs roughly in the top third of retirement systems similar to ours in the country.

Philosophies of how much a system like this needs to be funded run along a spectrum, and some believe the only healthy system is one that is 100 percent funded, while others are comfortable at a number less than our current 79 percent — after all, the scenario of nobody new coming into the system is not plausible. There is no right answer. Opinions rule the day, and your opinion largely depends on your personal comfort level and the angle from which you are viewing retirement.

There are a few things I have considered as we’ve gone through this process. First of all, our system is trending the right direction and has become ever so slightly better funded over the last couple of years. Also, for the future of government and this benefit, it is important that it be very solvent as we move forward — so we should all celebrate as this number increases.

I also believe it is foolish for anyone to ever believe there is no risk with a system such as APERs regardless of its funding percentage. Even if funded at 100 percent a mass exodus of employees and economic downturn could be dangerous — and everyone, even retirees, could be in danger of losing benefits. BUT the higher the funding percentage, the better our system is able to absorb situations such as this.

I strongly believe that those who have already retired based on a 3 percent COLA set in statute would be wronged if we choose to change that COLA for them. Many have made decisions based on this COLA. To change it once retirement occurs is unconscionable.

I have learned that some of the other large systems in our state have been making changes in the past few years to draw them closer to a fully funded position. For instance, the Arkansas Teacher Retirement System (ATRS) has been slowly increasing the contribution rate for its members and will soon reach a 7 percent contribution rate, while APERs employees are at 5 percent. This increase has taken their funding level above 80 percent, and it is trending upward.

And finally, while change may come, I have learned to think of a retirement system as a large cargo ship on a long-term trajectory — immediate changes can be small but have major impact years down the road. For instance, delaying any legislative changes over a two-year period during which the committee can properly analyze things will likely have very minimal long-term impact. Avoiding overreaction and quick fixes is the right way to approach systems such as APERs.

Thank you to the many who have attended the 12 legislative committee meetings. The committee is analyzing all of the input provided, and they hope to provide recommendations for any changes in a similar format by taking them to you again across the state … before they become bills in the 2021 legislative session. Our opportunity to stay involved in this process is before us, and I encourage all of you to keep participating.

The AAC has put a tab on our website (www.arcounties.org) for retirement-related issues. Future meeting information and any other developments can be found there, as well as our social media activity. So please keep watching and stay involved — and also please continue to contact county retirees and keep them abreast of what is happening.