Successes in the session

By Asa Hutchinson
Governor of Arkansas 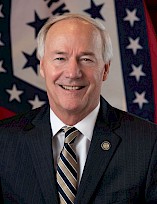 The 93rd General Assembly has concluded its business, and I’d like to talk about a few of the success stories from the legislative session.

First, I appreciate the leadership of Senate Pro Tem Jimmy Hickey of Texarkana and Speaker Matthew Shepherd of El Dorado. Their steady hand and leadership helped us to navigate through some of the more contentious debates.

One bill that created some last-minute controversy was Senate Bill 298, which was known as the Arkansas Sovereignty Act. This bill was designed to push back against the federal government for what many Arkansans believe will be a new round of gun-control measures. I support that message, and I am a defender of the 2nd Amendment. But the bill would have penalized state and local law enforcement officers for cooperating with federal agencies; it also would have jeopardized hundreds of cases pending in federal court. In other words, public safety would be compromised, and the bill was clearly unconstitutional.

For those reasons I vetoed the bill. As a result, everyone worked together to draft a new bill that Rep. Jeff Wardlaw and Sen. Missy Irvin sponsored. The new bill sends the same message to Washington that we will not accept unconstitutional burdens on our 2nd Amendment rights. But the bill protects our public safety needs and will not put law enforcement at risk. This was House Bill 1957, and I have signed the bill into law.

Now, let me talk about some additional successes in the session.

One of our biggest wins was passage of the Revenue Stabilization Act. The act, known as the RSA, was implemented in the 1940s and requires the state to maintain a balanced budget. Passage of the RSA is an annual exercise in which legislators prioritize spending for the next fiscal year.

As part of the RSA this year, our reserve funds continue to build. We have consistently increased our surplus funds from zero when I took office to the current $210 million. And with the new budget adopted in this session of the General Assembly, I expect those reserve funds to grow to more than $700 million. As Sen. Jonathan Dismang said, the state has never been in better financial condition. Our reserve funds are like a long-term savings account that allows us to weather unexpected economic setbacks.

Other bills we passed include a $2,000 increase in the median salary for schoolteachers; a reduction in the number of years of service for state police officers to retire from 30 years to 28 years; a requirement that Arkansas students take at least one computer science course to graduate; and that every high school employ at least one certified computer science teacher.

As you can see, we had a very busy and successful legislative session.