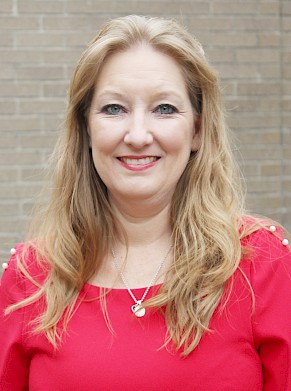 During the Arkansas Tax Collectors Association Fall/Winter meeting last month, Talbert was elected to serve as the association’s president. She had served as secretary/treasurer since 2017 and first vice president before that. She succeeds Crittenden County Tax Collector Ellen Foote, who served as association president for more than five years.

Talbert said in the upcoming year she is looking forward to helping the newly elected collectors and facilitating the needed training for members of the association.

She said she also is looking forward to the upcoming legislative session for political reasons.

Talbert decided to run for county collector after working in the Garland County Collector’s Office for nine years. She had considered running for the collector’s position and when the collector at the time announced he was retiring, her chance arose.

The collector position gave her the opportunity to advance herself while serving the community, she said.

“I could serve the office and the people of Garland County,” she said.

She said the biggest accomplishment so far in her career has been the modernization of the office, including a new computer system and the capability to take credit card payments.

Talbert hopes to make some improvements for the Collectors Association during her time as president. She mentioned that she and other fellow board members would like to make some changes to how things are being done, including some revisions to meetings. With newly elected collectors coming into office, she feels now is a good time to make some changes such as having longer meetings, if they can.

The association’s Continuing Education Board sets the agenda for upcoming meetings based on feedback that they receive from members.

With the number of new collectors that are coming into office, Talbert feels training will be crucial.

“Until you get into office, you don’t know what your questions are going to be, and when you get there [to meetings] and talk to people face to face, it’s easier to ask questions,” she said. “When I was first elected, that’s how I learned.”

While she has a plan for her time as president of the Collectors Association, Talbert is in for a new adventure as she joins the AAC Board of Directors. She plans to first learn from other board members to figure out where and when she can jump in to help.

“It’s going to be a learning experience first, and then I’ll see what they need from me,” she said.

According to the Collectors Association bylaws, the association president automatically serves on the AAC board and selects another person to serve with him or her.

Talbert has selected Pulaski County Collector/Treasurer Debra Buckner to serve alongside her. Buckner has served on the board for several years, and Talbert feels that Buckner does a fine job.

“She will be a great person to help me to be on the board,” Talbert said