‘Little ‘ole bill that really doesn’t do much’ 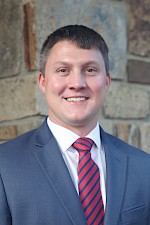 It’s a “little ‘ole bill that really doesn’t do much” is a saying you may hear in legislative committees or on the House and Senate floors. That is usually followed by the expression, “I’d appreciate a good vote.”

In my experience there really are not many simple bills that fly through the legislative process. The process can be slow and unpredictable. I often would like to say a bill is simple and we shouldn’t have problems getting it passed, but you never know what is going to happen in committee or on the chamber floors. Most of you know how the Association of Arkansas Counties (AAC) Board of Directors develops a legislative package. It is done through multiple meetings of our nine member associations, legislative committee and AAC Board. Last year, of course, Covid altered that schedule. However, at the end of the day the member associations offered some good ideas, and we built a solid legislative package of approximately 25 bills.

The AAC package of bills is always our primary focus during the legislative session. Most of our bills are normally “clean up bills” or process bills. Some contain small technical corrections dealing with outdated law. Most of the time you think it’s a “little ‘ole bill that doesn’t really do much,” but it turns into something rather complex or even controversial. One such bill last session ended up having many unintended consequences. The fire protection district bill supported by the Arkansas County Tax Collector’s Association started out as a way to allow all 75 tax collectors to collect improvement district fees in a consistent fashion. It ended up being amended so much that we no longer recognized it. The bill passed into law, and that law quickly became the County Judges Association of Arkansas’ No. 1 law to repeal in 2021. Luckily, the bill sponsor agreed there were some problems and committed to fixing those problems to the satisfaction of the judges while keeping the collectors whole.

Sometimes bill sponsors do not want to work with the AAC at first, but then they eventually listen. We make an effort to understand what they are trying to accomplish. On many bills, we agree with the goals of a legislator but do not agree on how to accomplish those goals. Counties have a good reputation for at least trying to work through issues with legislators. Still, sometimes we cannot help to accomplish all of the legislators’ objectives. One legislator recently had a package of bills the AAC opposed. We worked with that member and came to an agreement on a couple of the bills. The legislator and the AAC agreed we wouldn’t find common ground on the remainder of the bills. The AAC had a commitment to our membership to state our opposition to those bills, and the legislator was OK with the bills dying in committee if the committee also opposed them.

The unexpected questions and quarrels between legislators can derail that “little ‘ole bill that really doesn’t do much.” One of the AAC package bills this session dealing with good government got all kinds of off-the-topic questions, and we had to pull it. We were able to meet with members of the legislative committee and help them to understand what we were trying to accomplish. They passed the bill out of committee the next time they met. In another committee, a simple cleanup bill got caught up in a leftover debate from the day before. You never know what you will run into when presenting a bill.

The session so far this year has been unlike any other. We hate that our county elected officials cannot be on the hill everyday like normal. With all the new Covid-19 rules and precautions, the marble floors in the Capitol building have seen little traffic this year. But I know you are still being active during this session. Many legislators have approached policy team members to tell us their constituents back home are still calling and texting them. Your communication with your representatives and senators may have changed slightly, but I have seen that it is just as effective as if you were here in person. I commend you all for doing your part and keeping that communication open during this strange year. We appreciate the officials that have come to the Capitol when we have called on them. Often you do not end up testifying before committee, but we all must be prepared for anything that may come our way.